​Colleen Clarkson earned a BS from the University of Miami in 1988 with a major in Anthropology and Communications. She has worked at Franklin University as an academic advisor and formerly as an ESL teacher in Miami, Florida and also at the University of Miami as a Reservations Coordinator for student activities. She has lived in Mount Vernon since 1995 and is married to Andrew Clarkson, Sr. They are the parents of five children ranging from college age to elementary school. She is an active volunteer in the schools and serves both with the MVMS PTO, the MVHS Academic Booster Club, and formerly with the East Elementary PTO and Opus! She is beginning her 15th year as a Sunday school teacher at St. Vincent de Paul Church. She is an original SPI Board Member. Colleen is passionate about education and providing opportunities to the children in Knox County.

​Ashley Daniels graduated from the Mount Vernon Nazarene University in 2011 with a bachelor’s degree in accounting and became a Certified Public Accountant in 2014. She works as an accountant in Mount Vernon. The chance to be on the board of SPI Spot presented itself and she is glad to be a part of a great organization. Her hobbies include beekeeping and spending time with her friends and family. She is married to Nate, a dairy farmer, since 2012 and they have a dog named Ruby. Ashley also serves as a board member for Starting Point in Mount Vernon.

Rachel Garcia
After graduating from Cornell with a B.S. in Natural Resources  in 1993, Rachel obtained her Master of Forest science at the Yale School of Forestry and Environmental Studies. She did agroforestry and environmental education with the U.S. Peace Corps in The Gambia before working as a technician for a professor doing research in fruit crops. She then obtained her Masters in Teaching from Cornell University, and began her career in Maryland, teaching for two years before settling in Gambier, OH. In 2006, she began taking physics courses at Kenyon College and became a mother.

Feeling a need for a local science related play venue for children, Rachel founded SPI with the help of interested community members and utilizing her background in community development and science.  In addition to interests in science, education, and community development, she also enjoys, gardening, hiking, and science fiction.   Another hobby is choral and folk singing, which led to her previous experience on the board of Ithaca’s community choir where she was part of a successful effort to begin an alternative choir that sings multicultural rather than classical music.

Rachel lives with her husband Simon, a chemistry professor at Kenyon, and her son Yoni who was born at the end of 2007.
​
Sarah Goslee Reed

​Sarah Goslee Reed has been active through music in this community for over thirty
years, both in the arts and education. With a master's degree in biology and experience as a microbiologist, she has combined her love of science, nature and art by being a part of SPI since the very beginning in 2011. Sarah writes songs, plays guitar, violin and dobro, sings as a solo and in several bands/groups, and plays violin in the Knox County Symphony. She is on the board of the Woodward Development Corporation,
the Knox County Symphony, and Ohio Arts Presenters Network. Sarah volunteers as a bluebird monitor for Brown Family Environmental Center at Kenyon College, and has
successfully run the Summer Music Garden Concert Series at the Children's Garden for
three years. She lives in Mount Vernon with her husband, pets and numerous garden and house plants, and has two grandchildren who love to visit SPI.
Jason Hughes

​Josh Kirby received a Bachelor’s Degree from the University of West Florida in Criminal Justice.  After Graduating in 2001, he returned to New Hampshire, his home state, to start work as an insurance agent.  In 2004 an opportunity to move to Ohio came available and he jumped at the chance to work and live in Mount Vernon.  After many years of running a small agency in Mount Vernon, he was able to acquire Kahrl and Company Insurance.  Running his own business has helped to teach him many skills.  Some of those skills include budgeting, management, and leadership.  When he is not busy with work he enjoys spending time with his wife of 16 years and 3 sons.  They enjoy watching a movie, great food, and most of all Buckeye Football!  He currently serves on the Heritage Center of Mount Vernon’s board of directors and he is also the chairman of the Business Enhancement Committee.
Ann Laudeman
Jessica Oler

​Jessica Oler is a Communications Specialist for Siemens Energy, Power and Gas Division. She joined Siemens in 2007 and has extensive experience in internal communications, market analysis, and community outreach. Jessica holds an M.B.A. from the University of Texas Arlington with a specialization in Marketing. Additionally, she is accredited by the American Marketing Association as a Professional Certified Marketer.  Jessica is excited to be a SPI board member because she believes there is nothing better than seeing the wonder in a child’s eye as they discover something new and exciting. Ms. Oler was born in East Texas and moved to Ohio in April 2015. When she is not working, Jessica enjoys cooking, travelling, and anything related to the arts.

​Ruth Sinclair graduated from Eastern Nazarene College in 1973 with a bachelor’s degree in English Literature.  She received a certificate from the Chubb Institute for Computing Technology in 1983 and spent over 25 years as a data processing professional.  In 2006, she received a master’s degree in Educational Psychology from Capella University and has taught courses in psychology at the Lone Star College System in Houston since 2007.  Her delight in being a part of SPI stems from a deep interest in providing science enrichment to children from economically and educationally challenged homes and SPI’s strong intergenerational structure.  Her great loves are her three sons, her dear friends, classical music, good books, and hiking and exercising. 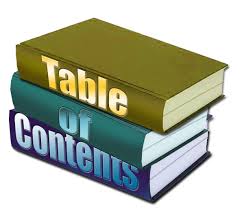